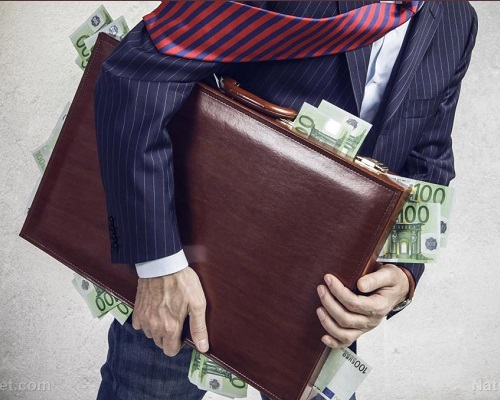 Prepping tips: What you can learn from the rich on preparing for SHTF events

(Natural News) Disaster and emergency preparedness have increased in popularity recently. No longer are you considered odd for stocking up on food, water and other essentials, especially if you live in a region where disasters are an ever-present risk.

But everyday preppers are not the only ones making sure they have enough resources to survive disasters. Wealthy people are also becoming increasingly concerned with disaster and emergency preparedness.

And though everyday preppers don’t have the same resources at their disposal as wealthy people, there may be a thing or two to be learned from how wealthy people prep for SHTF events. Here are three lessons, in particular: (h/t to TheOrganicPrepper.com)

1. Have an escape option

Building a survival stockpile is all well and good if you plan to stay put no matter the scenario. But a crucial part of prepping is knowing when to evacuate. Wealthy people like to have several options to preserve their lifestyle and stay safe when SHTF.

For instance, they have private jets, huge boats or sophisticated recreational vehicles. These mobile options allow them to easily escape to a safer place when SHTF.

Such options are luxuries for the average prepper, but a key takeaway from this is that you should have similar mobile escape options. A simple bugout trailer could significantly increase your chances of survival when SHTF by allowing you to take your stockpile with you. Some trailers can even double as shelter.

Here are some tips for putting together your own bugout trailer:
1. Choose the right-sized trailer – Bugout trailers come in different sizes, and each has its pros and cons. For instance, small trailers are lightweight and mobile but can only pack a limited amount of supplies. Big trailers can pack more and double as shelter but can only be towed by powerful vehicles.

2. Choose whether to get an open or enclosed trailer – Bugout trailers can be open or closed. An open trailer has low walls, is lightweight and is easier to fill with supplies. A closed trailer has solid walls, a roof and a door, allowing for protection against the elements. However, it is heavy and more expensive.

3. Determine where to store the trailer – Store your trailer somewhere safe, like in the garage or a secure warehouse near your home.

5. Consider adding accessories – Ropes and straps help keep things inside your trailer secure, while tarps help protect the trailer from the elements.

Wealthy people, especially those in positions of power, make it a point to keep a low profile to avoid stirring unrest or panic among the general population and to protect themselves and their privacy. If they weren’t careful, they could easily be targeted by malicious individuals or groups.

By keeping a low profile, you protect yourself and your privacy. Doing so is especially important when SHTF to avoid being targeted by looters and gangs. Follow these tips to keep a low profile.

Most preppers don’t actually have underground bunkers. Hardened shelters like bunkers can be extremely expensive and complicated to build. Only the super-rich can afford to invest in doomsday bunkers, like the “Survival Condo” in Kansas.

The structure was originally a missile silo built by the United States in the 1960s. A former government contractor and prepper later bought the silo and turned it into a subterranean megastructure.

Having a well-stocked hideout you can escape to can greatly increase your chances of survival when SHTF. But you don’t have to break the bank to build one. You can build a hideout in the woods or transform an old root cellar into a bunker. (Related: How to keep your survival shelter location secret: 5 tips to keep it undetectable.)

Wealthy people are well ahead of everyday preppers due to the resources they have at their disposal. That said, preppers can learn a few things from how wealthy people prep for disasters and SHTF events.

Preparedness.news has more tips on prepping for SHTF events.