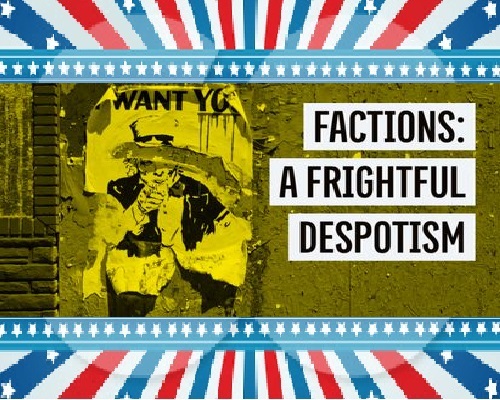 The Danger of Factions: Nothing New Under the Sun.

A “frightful despotism,” would be the result of an “alternate domination of one faction over another,” warned George Washington. He was joined – with similar warnings – by Benjamin Franklin, John Adams, Mercy Otis Warren, Thomas Jefferson and many others. But this opposition to factions didn’t start with the founding generation at all.