An attorney helping President Trump challenge the results of the 2020 election says she’s astonished by the amount of evidence of vote fraud that took place, alleging “millions of votes” were shifted to Democrat Joe Biden by software specifically designed to benefit the Democratic nominee.

“President Trump won by not just hundreds of thousands of votes, but by millions of votes that were shifted by this software that was designed expressly for that purpose,” attorney Sidney Powell told Maria Bartiromo on “Sunday Morning Futures” on the Fox Business Network.

“We have sworn witness testimony of why the software was designed. It was designed to rig elections,” Powell said of the Smartmatic software in Dominion voting machines.

“They did this on purpose, it was calculated, they’ve done it before. We have evidence from 2016 in California, we have so much evidence I feel like it’s coming in through a fire hose,” Powell continued.

TRENDING: ‘I caught them all’ – Trump’s most important quote?

“I’ve got lots of ways to prove it … but I’m not gonna tell on national TV what all we have. I just can’t do that.” WATCH:

Bartiromo wondered: “You have a very small timeframe here, the elections are supposed to be certified in early December. Do you believe that you can present this to the courts and be successful within just this couple of weeks?”

“First of all, I never say anything I can’t prove. Secondly, the evidence is coming in so fast I can’t even process it all,” Powell responded.

“This is a massive election fraud, and I’m very concerned it involved not only Dominion and its Smartmatic software, but that the software essentially was used by other elections machines also. It’s the software that was the problem. Even their own manual explains how votes can be wiped away. It’s like drag and drop Trump votes to a separate folder and then delete that folder.”

Powell said Neffenger is “president and on the board of directors of Smartmatic. And it just so happens he’s on Mr. Biden’s presidential transition team, that’s going to be non-existent, because we’re fixing to overturn the results of the election in multiple states.” 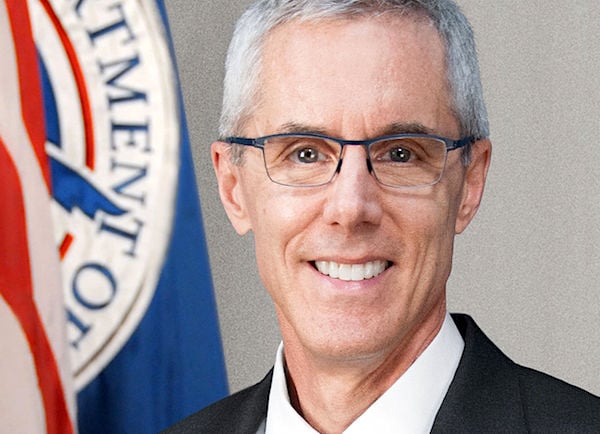 “He was fully briefed on it. He saw it happen in other countries it was exported internationally for profit by people that are behind Smartmatic and Dominion.”

Powell also said the CIA must have known about the problem with the voting machines, and she called for the immediate firing of CIA Director Gina Haspel.

“It’s really an insidious, corrupt system and I can’t tell you how livid I am with our government for not paying attention to complaints, even brought by Democrats,” Powell said. “Nobody in our government has paid any attention to it which makes me wonder if the CIA has used it for its own benefit in different places. And why Gina Haspel is still there in the CIA is beyond my comprehension. She should be fired immediately.” 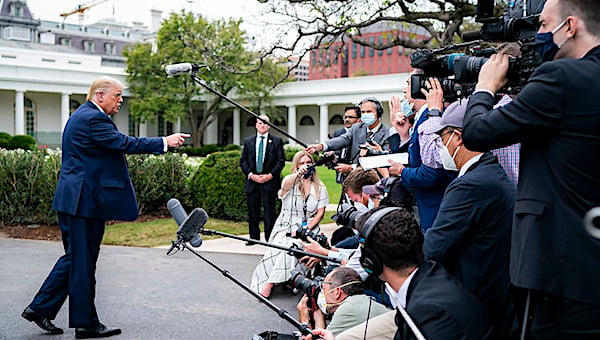 President Donald J. Trump talks to members of the press along the South Lawn driveway Thursday, Sept. 24, 2020, prior to boarding Marine One en route to Joint Base Andrews, Maryland, to begin his trip to North Carolina and Florida. (Official White House photo by Tia Dufour)

Meanwhile, President Trump remained steadfast on Sunday in his refusal to concede the election in any way to Biden.

“He only won in the eyes of the FAKE NEWS MEDIA,” Trump tweeted. “I concede NOTHING! We have a long way to go. This was a RIGGED ELECTION!”