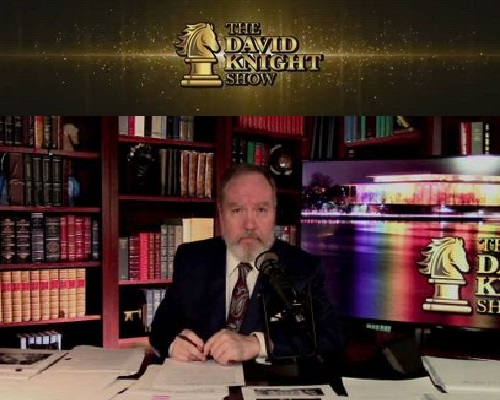 Politicians Are Desperately Escalating; Now Is The Time To Push Back.

0:00 Politicians are escalating the tyranny WITHOUT REASON and people have had enough. This is good news, actually. They’re vulnerable and we must keep the pressure on

12:20 The long history of REAL SCIENCE about masks and the history of political vacillations of the past year

33:32 FINALLY! GOP Pushes Back on Pelosi Gag Order (Masks). Now if they would only do it for the REST of us. They won’t. But WE must push back and do it NOW.

57:02 Biden’s Twilight Zone: In His Imagination He Drove 18-Wheeler. And that’s not all…

1:00:06 California Outlaws Gaming PC for Power Consumption? What About Electric Cars? Here’s a comparison of power usage between an Electric Vehicle and Dell’s Alienware Aurora AR12 gaming PC (banned by California and several other Democrat states). Can the grid handle it? How long before they ban electric cars for power usage?

1:13:14 “Equity”? It’s just communism. Here’s a quick look at the life of Karl Marx — bad, but his modern disciples are even worse

1:07:24 An astounding look at how many “diversity, equity, inclusion” (DEI) staff versus history teachers at mainline universities. No wonder they can push 1619 Project nonsense

1:18:49 Nigerian persecution of Christians reaches an astounding number of murders

1:31:24 How Media Sets “Style Rules” for Speech to Hide Even Murder “Babies are not babies until they’re born, they’re fetuses”. Just one example of how political & scientific debate is manipulated even by the terms they demand you use.

1:52:55 Postal worker union is looking out for their people & stopping mandate. Why isn’t NFL player union or other unions doing the same?

1:56:24 Biden’s carrots & bribes to get people jabbed. Do his followers feel like suckers now for not getting $100?

2:08:17 Biden’s sticks & mandates for federal employees and military and how he wants corporations to punish their slaves

2:11:28 Home Depot (Despot) billionaire founder demands his wage slaves be jabbed, NFL billionaires make players take the knee to the TRUMP SHOT and some employees, like this Sheriff’s Deputy, are suing

2:39:35 It’s MARTIAL LAW: Sydney, Australia doubles down on fines and is now sending in the troops even though no one is dying