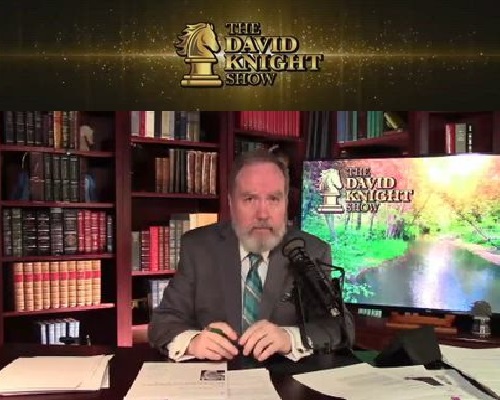 Today is June 11 and I am Dennis Michael Lynch. Below are my opinions on the stories grabbing headlines this morning. I hope you share this briefing as doing so will make you the smartest person in the room, in my opinion.

Jolene Grover, 14, spoke at the school district’s board meeting on Tuesday to address its proposed policy 8040. She was pulled from a LCPS school last year by her mother.

‘Two years ago, I was told policy 1040 was just an umbrella philosophy and you weren’t going to allow boys into the girls’ locker rooms. But here you are doing just that,’ Grover said while wearing a shirt that read ‘Woman is female.’

DML — Where are the #MeToo activists taking to the streets? Congrats to this young girl for being smart. Make America Smart Again!

2-CDC holding emergency meeting on heart inflammation in young males after COVID shot
Fox News – The Centers for Disease Control and Prevention’s COVID-19 vaccine advisory committee will attend an emergency meeting next week to discuss higher than expected reports of heart inflammation in young males who received their second dose of the Pfizer and Moderna vaccines.

The June 18 meeting will address the conditions that are very rare and have not been directly linked to the vaccines.

As of May 31, the agency has received 275 preliminary reports of the heart inflammation — known as myocarditis and pericarditis — among 16 to 24-year-olds, CDC’s Dr. Tom Shimabukuro said Thursday.

DML – My kids will remain vaccine-free.  No person has explained why kids have to wear masks, nor have they explained why kids should get vaccinated.  The chances of kids falling to COVID are minimal at best.  Wake up America.  Make America Smart Again.

3-Islanders national anthem singer details viral moment: ‘Our country coming together as one’
Prior to the New York Islanders’ Game 6 victory over the Boston Bruins on Wednesday night, Nicole Raviv, who regularly sings “The Star-Spangled Banner” at Nassau Coliseum, wanted to keep the momentum going for the Long Island crowd.

Islanders fans helped out Raviv before Game 4 after she experienced some technical difficulties with her microphone while singing the anthem. Even though there was no sound, Raviv told Fox News in an interview on Thursday afternoon, that she “continued to sing, giving honor and respect to the national anthem, and the fans jumped in as they usually do during playoffs — but sang louder than ever to make up for what happened.”

As soon as her sound returned, the fans continued to cheer and kept singing.

“I felt so honored to be singing with a fanbase who is united, passionate, and who is there for each other. They had my back. It was truly wonderful,” Raviv told Fox News.

DML – Who wants to bet that stadium was filled with Trump voters? As a Long Islander all my life, there is no better group of people when it comes to patriotism.

4-G-7 nations gather to pledge 1B vaccine doses for world
Ap News – CARBIS BAY, England (AP) — Leaders from the Group of Seven industrialized nations are set to commit at their summit to sharing at least 1 billion coronavirus shots with struggling countries around the world — half the doses coming from the U.S. and 100 million from the U.K.

Vaccine sharing commitments from U.S. President Joe Biden and British Prime Minister Boris Johnson set the stage for the G-7 meeting in southwest England, where leaders will pivot Friday from opening greetings and a “family photo” directly into a session on “Building Back Better From COVID-19.”

“We’re going to help lead the world out of this pandemic working alongside our global partners,” Biden said. The G-7 also includes Canada, France, Germany, Italy and Japan.

DML – The world’s biggest scam of all time.

5-Kamala Harris avoids answering when she’ll visit the border
Vice President Kamala Harris had a tense exchange with Univision anchor Ilia Calderón over when she will visit the southern border.

During an interview on Thursday, Calderón pressed Harris, who was assigned by President Biden to handle the border crisis, on how she herself has yet to make it down to the US-Mexico border to see the migrant crisis in person.

DML – In her response, not only does she avoid giving a date for a visit to the border, she makes it appear like the migrants from Guatemala are the only people violating our immigration laws.  She is such a fool.  Meanwhile, Gov. Abbot in Texas is vowing to build his own wall.  Why not just crack down on the employers who hire the migrants?  Make America Smart Again.