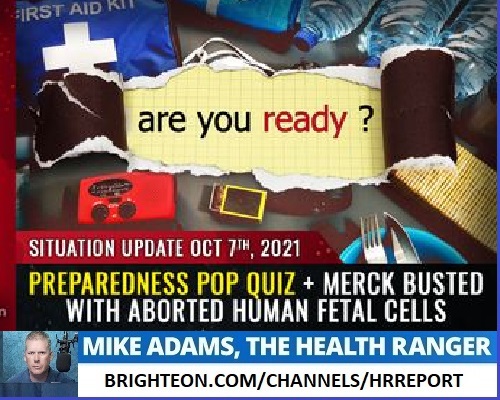 Today is July 29 and I am Dennis Michael Lynch. Below are my opinions on the stories grabbing headlines this morning. I hope you share this briefing as doing so will make you the smartest person in the room, in my opinion.

1.CDC yet to release COVID data behind mask reversal
Fox News – More than a day after issuing new guidance that vaccinated people should wear masks indoors – recommendations that are likely to affect millions of Americans in the form of private and public mask mandates – the Centers for Disease Control and Prevention has yet to release the data behind its decision.

The lack of clarity on what exactly the agency is basing its decision on comes as states and cities across the country are working to vaccinate more of their citizens. And it’s making some local officials reluctant to follow the CDC’s advice on nearly universal masking.

CDC Director Rochelle Walensky explained that the reason for the CDC’s reversal on indoor masking for vaccinated people is because “in rare occasions, some vaccinated people infected with the delta variant after vaccination may be contagious and pass the virus to others.”

DML: There is no data this time, just like there was no data last time.  There was no data-based reason to shut down the country last year, and there is no data supporting the social distancing and masking of children at school.  This entire scaredemic is based on the media’s ability to control a narrative and scare the sh*t out of people for no reason.  Why get a vaccine when China will create variants that are vaccine resistant?  This is my opinion, and you are entitled to share it.  Listen to DeSantis talk about masks for kids.

2. Eighteen (18) Republicans Vote in Favor of Moving Forward with Radical Democrats and the ‘Infrastructure’ Bill Without Reading it First
Breitbart – Eighteen Senate Republicans sold out to Senate Democrats, with 17 of them voting Wednesday night to advance a $1.2 trillion Democrat “infrastructure” bill and another signaling he would.

All of them voted for this procedural vote without reading the bill—because it would have been impossible for them to read a bill that does not yet exist. The bill has still not been written despite months of negotiations.

The Senate Republicans who voted for the Democrat $1.2 trillion bill include:

Sen. Mike Rounds (R-SD) was absent but signaled that he would have voted yes to advance the legislation.

DML: Unless there is a standalone bill to deport every illegal alien in the USA, which there never will be under Biden, there is no situation I can think of that justifies supporting anything the horrible, cheating, lying Democrats suggest for legislation.  The list of Republicans should be taped to your bathroom mirror so this way you never forget who they are come election season.  VOTE THEM OUT.

The shallow quake hit 56 miles (91 kilometers) southeast of the town of Perryville, the United States Geological Survey (USGS) said, with a tsunami warning in effect for south Alaska and the Alaskan peninsula.

The USGS said the quake, which struck at 10:15 p.m. local time (0615 GMT Thursday), was at a depth of 29 miles. Eight aftershocks were recorded within 90 minutes of the earthquake, the largest with a magnitude of 6.2, according to the body.

Videos posted on social media by journalists and residents in Kodiak showed people evacuating their homes, driving away from the coast or walking in groups to higher ground as warning sirens could be heard.

DML: All you can do is pray.

Yesterday morning, Rio Grande City Border Patrol Station agents working near La Grulla, Texas, encountered a group of 336 migrants as they walked from the Rio Grande into the United States, which, at the time, was the largest group encountered this summer. The group consisted of 328 family members and eight unaccompanied children. Many within the group suffered from dehydration and exhaustion. Border Patrol Emergency Medical Technicians responded and provided medical assistance to those in need before being sent to the hospital for further treatment. The migrants encountered are from Honduras, El Salvador, Nicaragua, and the majority from Guatemala.

Only July 27, McAllen Border Patrol Station agents working near Hidalgo, Texas, encountered 509 migrants which included 331 family members, 115 unaccompanied children, and 63 single adults. These apprehensions account for the single largest group apprehended thus far, this year. RGV Sector began tracking large groups in 2007 and the July 27 encounter is by far, one of the largest to date. This group consisted of migrants from El Salvador, Guatemala, Honduras, Nicaragua, Ecuador and Venezuela.

DML: The United States of Latin America.  All future Democrats are flowing through the border causing more COVID cases, more problems for hospitals, schools, and law enforcement.  The Democrats are the party of the 3rd world and that’s what idiots like AOC get elected.