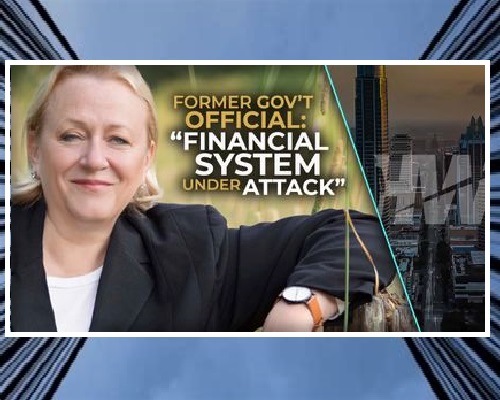 Today is June 23 and I am Dennis Michael Lynch. Below are my opinions on the stories grabbing headlines this morning. I hope you share this briefing as doing so will make you the smartest person in the room, in my opinion.

The “For the People Act” needed 60 votes to clear a procedural vote in the Senate Tuesday, but Republicans filibustered and killed the legislation from advancing to debate. No Republicans joined with the 50 Democrats on the motion to proceed.

Senate Minority Leader Mitch McConnell, R-Ky., said Republicans won’t stand for Democrats’ attempt to impose new voting standards on states that would “rig” elections in their favor. He called the substance of the nearly 900-page bill “rotten” to its core.

DML: There’s no need for a reform bill unless it includes voter ID, ridding of Dominion machines, ridding of mail in ballots, ridding of early voting, cleaning the voter roles, and putting in safeguards to stop dead people and illegal aliens from voting.

2.Parents in Virginia silenced by school board over trans debate
Fox News. The embattled school board of Virginia’s Loudoun County cut off public comments during a fiery meeting Tuesday as residents traded barbs over new transgender policy proposals.

The meeting followed weeks of protests from district parents who oppose some of the measures, which they have criticized as potential left-wing indoctrination and a violation of parental rights.

The policies affect transgender student rights, privacy and restroom accommodations and would require Loudoun County Public Schools employees to use students’ preferred names or pronouns. An official school board vote on the proposal is not expected until at least Aug. 10.

Multiple parents asked the district to drop its appeal of a court order to reinstate teacher Tanner Cross, who was suspended after speaking out publicly against the proposal. They argued that fighting the judge is a waste of taxpayers’ money and doomed to fail.

Another woman urged several board members, facing a recall effort, to resign and save taxpayers even more money. Others blasted a district official who allegedly made threatening Internet searches on a district smartphone.

Former state Sen. Dick Black, a Republican, excoriated the board over its treatment of Cross and allegations that progressive community members had organized a list of their conservative neighbors to harass and publicly shame. The chamber erupted in cheers, prompting the board to vote 9-0 to end public comment for the rest of the meeting – which led to loud chants of “Shame on you” directed at the board and demands that members resign.

DML: If you want an example of how the LEFT is trying to run over the rights of every American, just watch the videos above. Whoever voted for these board members is insane. As for the trans debate, why not get these kids medial help with professionals in the mental health space.

As ballot counting began Tuesday, a plurality of Democrats ranked Adams as their first choice in the race.

It was tough to tell, though, whether that lead would hold. As many as 207,500 absentee ballots remained to be counted. Voters’ full rankings of the candidates have yet to be taken into account. It could be July before a winner emerges in the Democratic contest.

DML – People want cops on the streets, even Democrats.  It is only the asinine far left who want cops gone.  It is time to crack down on crime.  The midterms will be a GOP gold mine as all smart candidates run on stopping the crime wave that hovers over the nation.

The ministry said the Russian warship fired warning shots after the British missile destroyer Defender had ignored a notice against intrusion in Russia’s territorial waters. It said that a Russian Su-24 bomber also dropped bombs ahead of the British ship to persuade it to change course.

The U.K. Ministry of Defense did not immediately respond to a request for comment.

Russia annexed Ukraine’s Crimean Peninsula in 2014, a move that was not recognized by most countries in the world. Russia has frequently chafed at NATO warships visits near Crimea, casting them as destabilizing.

DML – Biden has opened a monster — Putin is back on track to cause havoc with no fear of retaliation.

5. The Wine & Talk returns
Maybe not news to most people who are looking for Trump’s latest tweet (wait, he can’t tweet anymore), but the uber popular podcast with me and my lovely wife Miss Mary hit the DML NEWS APP last night.  Miss Mary and I spoke about UFOs, and why I think the government is releasing information after 50-years of silence.  Also, You can listen to us debate the new product by Amazon called, HALO.  I think it is seriously dangerous for youngsters, so does Miss Mary.  And then we speak about a new online payment app that allows people to see where you spend your money.  You can listen by clicking here.