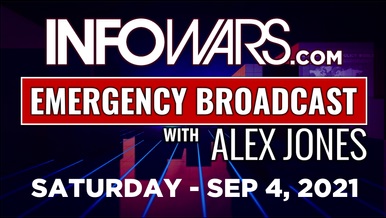 Today is July 1 and I am Dennis Michael Lynch. Below are my opinions on the stories grabbing headlines this morning. I hope you share this briefing as doing so will make you the smartest person in the room, in my opinion.

1. Trump Org and CFO to be indicted Thursday
The Wall Street Journal — A New York grand jury has indicted the Trump Organization and its chief financial officer with tax-related crimes that will be made public Thursday in court, people familiar with the matter said, marking the first criminal charges against the former president’s company since prosecutors began investigating it three years ago.

The charges against the company and longtime CFO Allen Weisselberg are a blow to former President Donald Trump, who has fended off multiple criminal and civil probes during and after his presidency. But the initial charges won’t implicate Mr. Trump himself, his lawyer said, falling short of expectations about the high-profile probe that included a battle over his tax returns decided by the U.S. Supreme Court in the prosecutors’ favor.

The defendants are expected Thursday to appear in court, where the charges will be disclosed, the people said.  Weisselberg reportedly surrendered early this morning.

DML:  Trump’s company and it’s financial guru, Weisselberg, are being nailed for something that is rarely ever prosecuted.  According to reports, they will be charged for allegedly evading taxes on perks, such as cars and apartments.  Weisselberg and other executives are being accused of illegally avoided paying taxes on various fringe benefits they received from the Trump Organization.  In short, the DA will use these alleged crimes to put pressure on the executives with hopes they turn on Trump in exchange for lighter sentencing.

2.Radical, anti-anthem Olympian under fire for previous photo embracing flag
Fox News – An old photo of Gwen Berry, the Olympian hammer thrower who came under the spotlight over the weekend for turning her back while the national anthem sounded, went viral on Wednesday.

The picture, dug up by internet sleuths, showed Berry joyously holding the American flag as she kept her dream to represent the U.S. at the 2016 Rio Olympics alive. The photo appears on Berry’s old personal website touting her accomplishments.

DML: Kick her off the team, bottom line case closed.

3. Death toll rises in Miami building collapse
Reuters -Six more bodies have been found in the ruins of a Miami-area condominium tower, officials said on Wednesday, bringing the confirmed death toll to 18 nearly a week after the building collapsed.

Nobody has been pulled alive from the mounds of pulverized concrete, splintered lumber and twisted metal since the early hours of the disaster on June 24 in the oceanfront town of Surfside, Florida, adjacent to Miami Beach.

Authorities put the number of people missing and feared trapped in the ruins of the Champlain Towers South condo at 145. Two of the 18 confirmed fatalities were children, aged 10 and 4, Miami-Dade County Mayor Daniella Levine Cava told a news conference.

DML – Time has run out on the missing. I pray for these families — the heartache must be unbearable.

4. Judge tosses Britney Spears a blow
Variety – A judge has shot down Britney Spears’ request to have her father removed from her conservatorship — at least for now.

New court documents that were filed by the Los Angeles Superior Court on Wednesday show that the judge has denied a months-old request by Spears’ attorney, Samuel Ingham III, to remove her father, Jamie Spears, as her sole conservator. These documents are not in direct response to last week’s hearing, where Spears gave an explosive testimony; though Spears delivered a powerful 24-minute statement, the judge cannot make any ruling based on what she said as she still has yet to file a petition to terminate her conservatorship.

“The conservator’s request to suspend James P. Spears immediately upon the appointment of Bessemer Trust Company of California as sole conservator of estate is denied without prejudice,” the court documents filed on Wednesday stated.

Wednesday’s court filing states that the court found Spears to be “substantially unable to manage his or her financial resources or to resist fraud or undue influence.”

DML: This is absolutely ridiculous.  Give this woman her money and life back.  She is an adult, and if she isn’t playing with a full deck so what.  Look at Kanye West for example, that lose cannon doesn’t have someone holding his fortune.

5. Trump slams Biden over border policies during Fox News appearance
Fox News – As the immigration surge at the southern border continues to take a turn for the worst, former President Donald Trump joined a Fox News’ Town Hall on “Hannity” to reflect on his effective policies now reversed by President Biden.

“It was over,” he said. “We stopped a lot of the drugs that were coming in, which is very tough to do. And they have some real criminals bringing this stuff in. They have the toughest people, these cartels. These are tough, smart people.”

Trump called the uptick in human and drug trafficking a “disgrace” since his administration had it “largely stopped” for months, as well as catch and release.

DML: Perhaps more interesting than Trump’s claim of ending illegal immigration and drug running at the border, was his answer to the question about running for president again in 2024.  Trump responded, “Yes”, when asked by Hannity if he had made up his mind about another run in 2024.  The crowd loved it.  Watch video below.